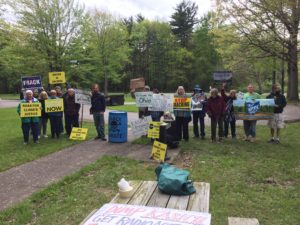 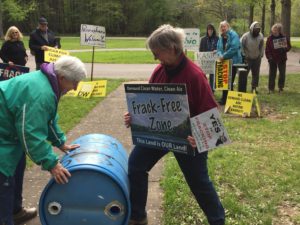 To receive email updates, Contact Us and get on our emailing listserve. 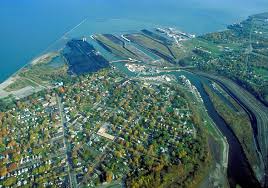 Join us as we highlight our county’s growing legacy of environmental abuses!  In solidarity with the “National Day of Action: Freedom from Toxic Fracking Waste and Earthquakes,” we tour injection wells, earthquake epicenters, Superfund sites, and successful remediation cleanups.

The tour kicks off at 1 p.m. from the Harbor Topky Library in Ashtabula. We start with a brief presentation by Vanessa Pesec of NEOGAP (Network for Oil and Gas Accountability and Protection).  Pesec gives an overview of fracking activity in the area and provides information about the hazards of horizontal drilling and the impact of injection wells and drilling by-products.

Attendees are then invited to get on board the bus for a tour of local sites of environmental abuse and remediation. The tour is expected to take two hours and will include narration about each site.

Attendees are welcome to drive separately if needed – maps will be provided.

To reserve a seat on the bus, or to coordinate travel plans with tour, please contact us via email at acwaterwatch@gmail.com, by phone at (440) 549-0111, or via the facebook event page. The USGS recently announced, “7 million Americans at risk of man-made earthquakes,” and we are some of them!  Read the article in the Washington Post.  Scroll down to the second map and see that the USGS put the Perry Nuclear Power Plant on their map of earthquakes induced by injection wells.

To receive email updates, Contact Us and get on our emailing listserve. 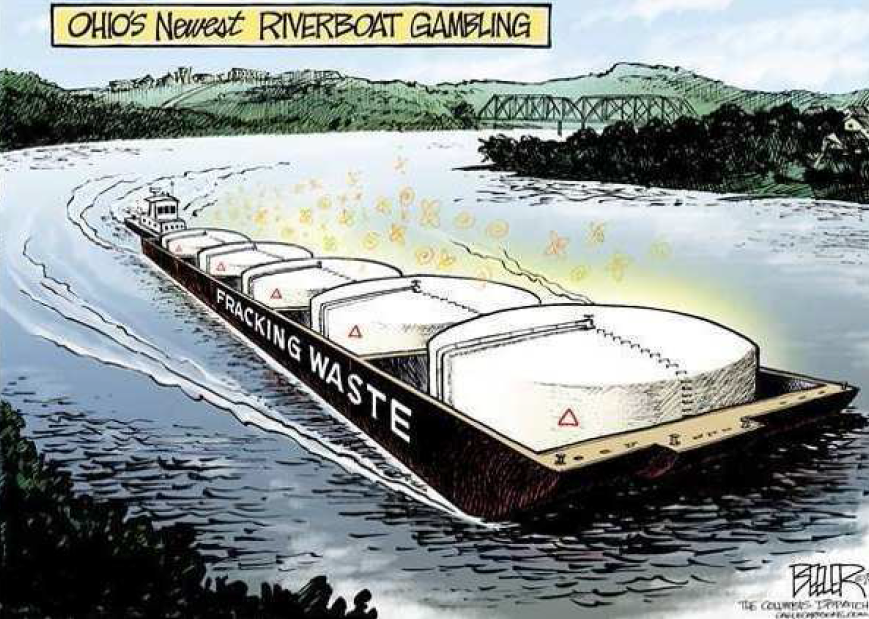